Bangor Carnegie Library  in County Down, Northern Ireland, was originally built in  1909 as a  joint Public Library and Technical School. The Library was funded through a Carnegie grant, hence it being given the Carnegie Library name.

What is a Carnegie Library?

Andrew Carnegie was born in Dunfermline, Scotland on November 25th 1835, son of a handloom weaver. Though he received little formal education, his family had a deep belief in the importance of books and education. They moved to  Allegheny, Pennsylvania in 1848, when he was 13 where he started work in a factory earning $ 1.30 per week. While moving jobs, he applied himself to learning everything he could about the railroad industry and business. He discovered he had a talent for making shrewd investments, and by 1889 he owned the Carnegie Steel Corporation,  which he sold  a few years later for $ 200 million.

Retiring at the age of 65, he dedicated his time to expanding his philanthropic work, including his involvement in the Carnegie Libraries, which were all built to a formula. He would donate the money to actually build the library, but elected officials of each town needed to demonstrate the need for a public library; provide a building site; pay staff and maintain the library and to provide free service to all.

In this way, Carnegie believed that enlisting public support, thereby helping the community to help themselves, rather than making endowments.  Thereby giving the public the impetus to take an invested interest and pride.

In 2009, Bangor Carnegie library underwent a major refurbishment of the old library building and a large modern extension was created. Exhibitions are held in the Curve Library.   The enhanced building is one of the largest public libraries in Northern Ireland and since reopening the number of people using the library has increased.  It is now the second most used library in Northern Ireland.

Hanging in the Curve Gallery

Hanging in the Curve Gallery 2

The Exhibition area is used for classes on a variety of topics, including Mindfulness, with the quilts creating a beautiful backdrop. 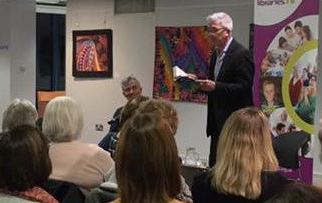 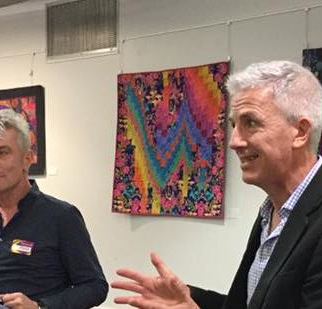 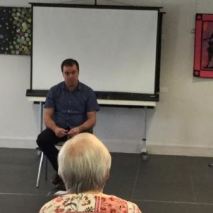 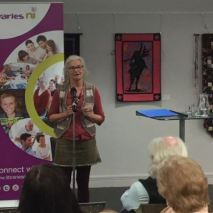 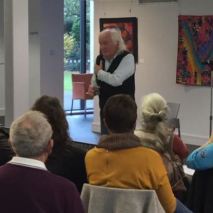 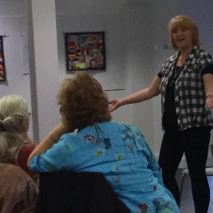 Here are the entries for the Wonderful World of Colour November 2018.

If you hover over each image, it should reveal the maker’s name and title of the quilt. 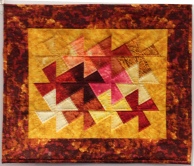 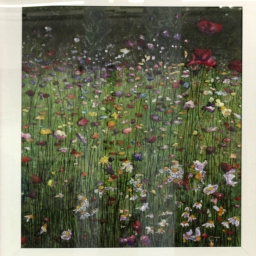 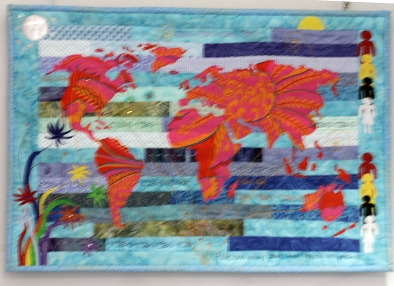 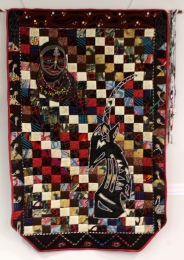 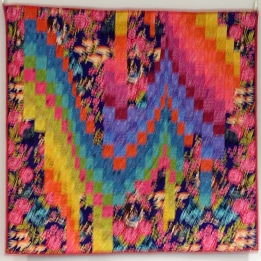 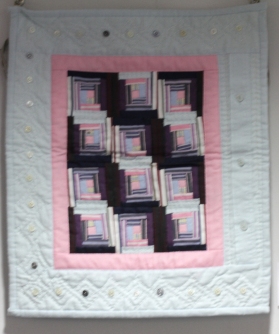 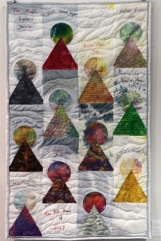 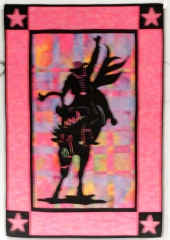 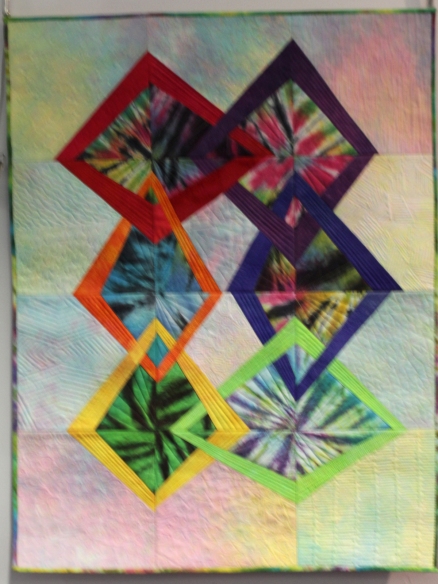 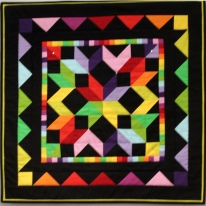 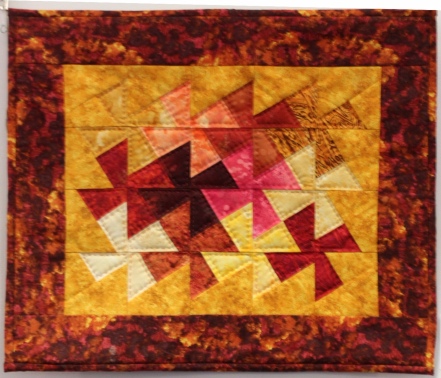 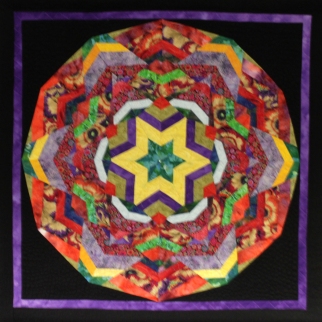 “working small ( and much less scary), art quilts and embroidery on a friendly scale”

Members will receive their Zoom invitation by email.

The NIPG usually meets on the 1st Sat of the month.

Currently we are unable to meet at our usual venue: The Ulster Folk and Transport Museum, Cultra.  We’ll keep you informed.