Working on The Game of Thrones (GoT) tapestry

On 26th June, I received an email from the Guild asking for volunteers to hand embroider a “very important piece – fabulous fabric – specially made” at the Ulster Folk and Transport Museum, that had to be finished by 10 July 2017, with the unveiling of the project on 17 July. 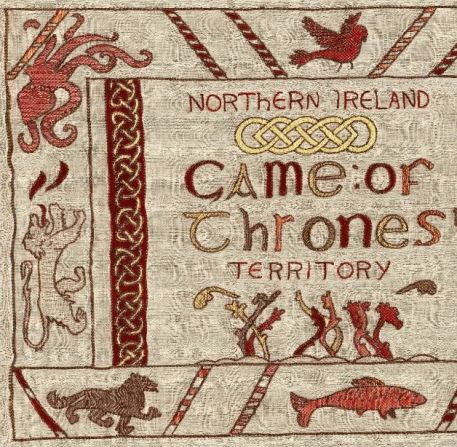 I liked the sound of it!  So I signed up for it.  What a surprise – it was a huge tapestry specially woven for the latest series of The Game of Thrones!

And it was gorgeous!  And very, very bloodthirsty! 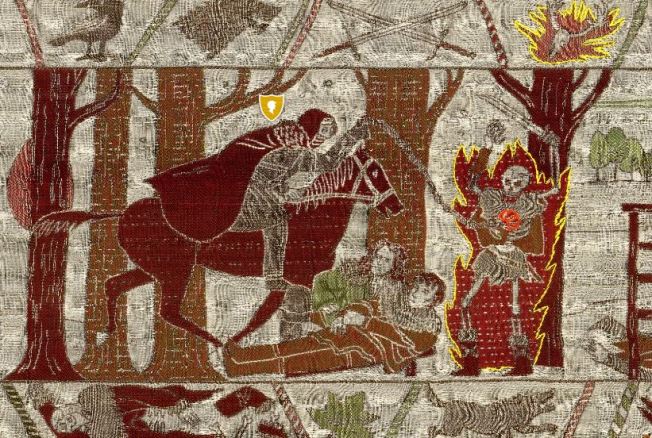 We were all sworn to secrecy.  And we kept our word.  Not a single leak!  My husband became more and more curious as the days went on.  I didn’t tell him what I had been doing, until the Mail and the Sun broke the news on-line the night before the media launch.

It was fascinating work. 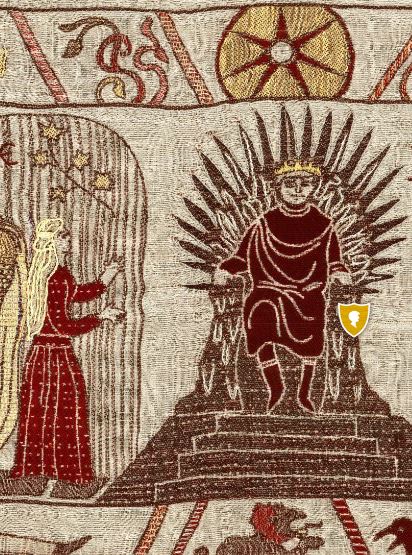 The tapestry had been specially woven and our job was to highlight various parts of  it, generally hair and clothing, with the blood, crowns, sword hilts etc being highlighted in metallic thread (a nightmare to sew!) to make them stand out even more from the background.

I was very proud of my “hair embroidery”, and even more proud of embellishing the zombies’ clothing to make it look even more decayed.  Not often one is asked to do that! 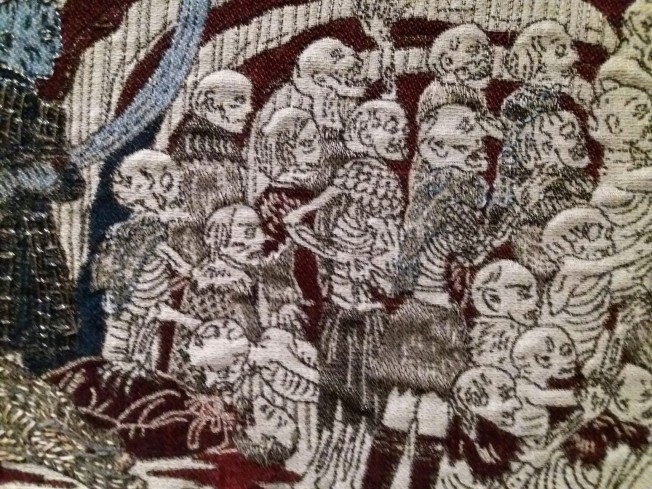 There were four of us from the Guild and others from the other Craft Guilds, around 30 volunteers in all.  We worked well together, with quiet conversations going on all round. The constant supply of Tunnocks Tea Cakes greatly helped! 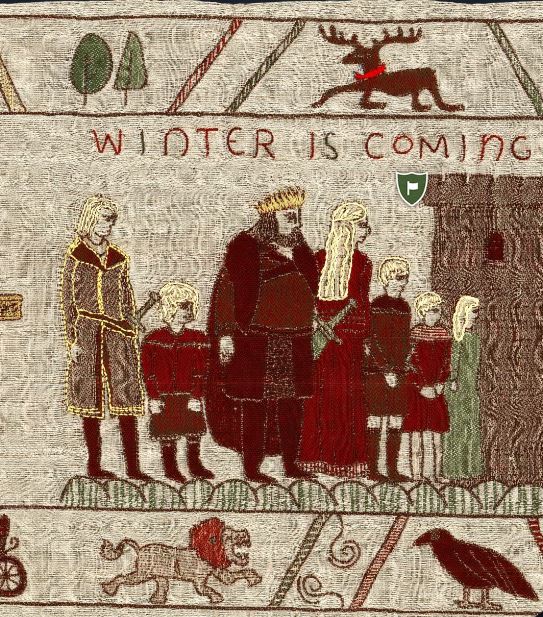 The tapestry came to us in 6 panels, as they came off the looms.  Each panel represented one series, with an illustration of each episode woven into it.  The last panel was very late indeed, arriving on 13th July.  With the media-launch scheduled for 17th, we were working as fast as we could.  It also meant that I didn’t get to embellish the ‘decaying flesh’ I had been asked to do, and for which there was a specific colour of thread!

Each panel – about 35 feet long – was laid out on a long run of work tables, and a number of us worked on each panel simultaneously.  As well as the embroidery and embellishing, we needed to sew Velcro to the back of the tapestry so that it could be hung.  Once I got into a rhythm with this, I reckoned to herringbone Velcro at a rate of 5 feet per hour.  Others were faster!

The gallery we were working in was closed to the public “for routine maintenance”.  I did rather wonder what visitors to the Museum made of the groups of ladies coming and going to carry out the “Maintenance”!

We were given a preview of the tapestry in the Ulster Museum immediately after the media launch.  My word, it was impressive!  And the really interesting thing is – it is a work in progress.  Each episode of the current series will be woven and sent to the Museum for embellishing and hanging along with the rest of the tapestry.  Our incoming Treasurer, Jayne McClenaghan  was lucky enough to work on the first episode.

I have really enjoyed the experience.  It was exciting, interesting and varied work.  I met new people, which is always good, and in short, I had a ball!  I’m looking forward to working on it some more.  My friends and my younger relatives are so impressed!

Members will receive their Zoom invitation by email.

The NIPG usually meets on the 1st Sat of the month.

Currently we are unable to meet at our usual venue: The Ulster Folk and Transport Museum, Cultra.  We’ll keep you informed.