Hands Across the Border 2017

The Northern Ireland Patchwork Guild  and The Irish Patchwork Society 2017  “Hands Across the Border 2017” was presented under the theme “Aurora”.

The NIPG was delighted with the attention and comments which this exhibition received, not just from the quilting community, but from non-quilters who visited the exhibition. Congratulations to each and everyone who had submitted a piece. Next Hands Across the Border is 2019.

Quilters and their friends made the trip from all parts of Ireland and left some really heartwarming comments, for which we thank you all.

Thank you to all who took part in our celebration of Aurora and a special thanks to the organisers of the exhibitions in The CHQ Building, Dublin and The Island Centre, Lisburn.
So much work goes into the preparation, hanging of the quilts and invigilation, it is very much appreciated.
Of course, a big thank you goes to all the quilt makers whose stunning and vibrant works were a joy to see hanging together!

Congratulations to Olena Pugachora from the Irish Patchwork Society  whose quilt, “Dance of the Goddess” was voted the visitors’ favourite. This is our featured image on this page and is pretty spectacular.  Hoping to add a selection of comments from visitors to this page soon.

A special thank you to our NIPG member Brian McKenna for these photographs which he took when the exhibition was in situ. If you would like to see more about each quilt, just click on the image and the name of the maker and title of the quilt should appear. Then scroll down slightly (or perhaps more, depending on the device you are using) to see what the maker has written about the quilt. 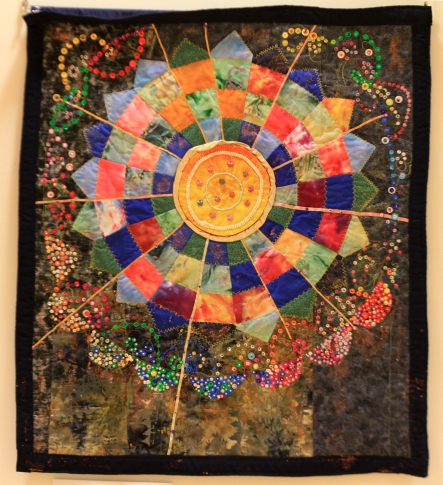 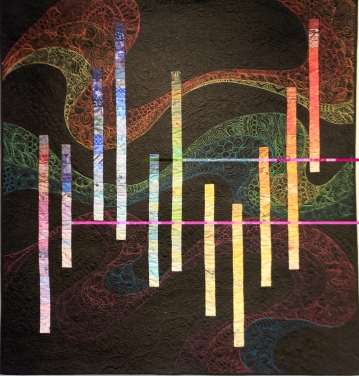 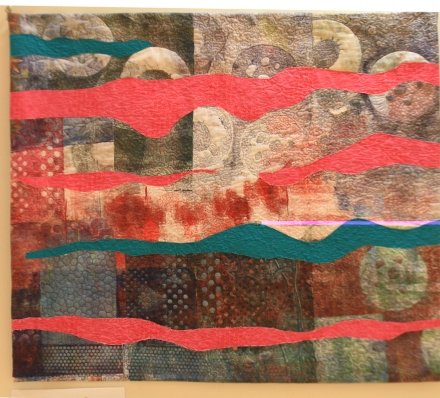 Olena Pugachova “Dance of the Goddess” 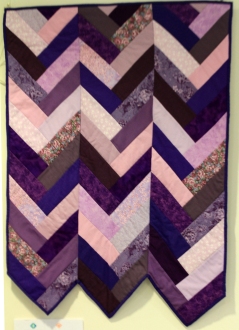 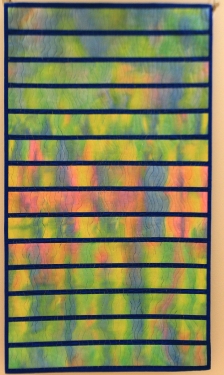 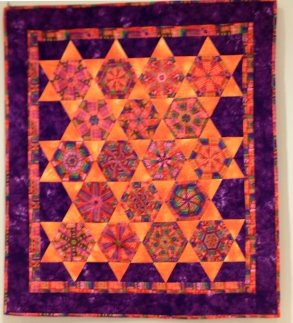 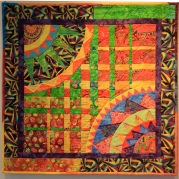 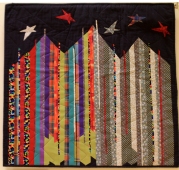 Ruth Bourke ‘What the camera sees’

Anne James “The Dawn of Time”

Esme Edwards ‘Aurora from the Knockagh Monument to Mossley Mill’

Linda Hamilton ‘The light of dawn’ 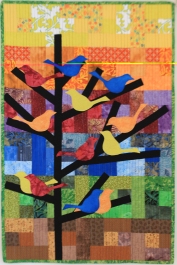 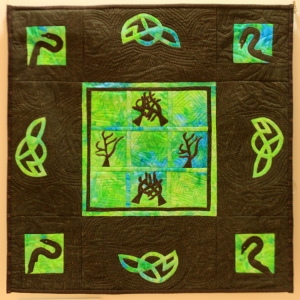 Mary Maguire ‘Under an Artic sky’ 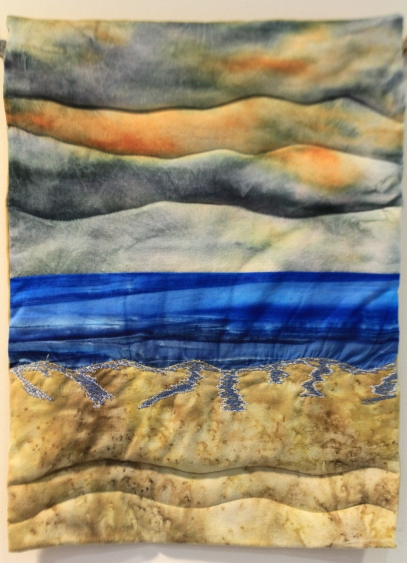 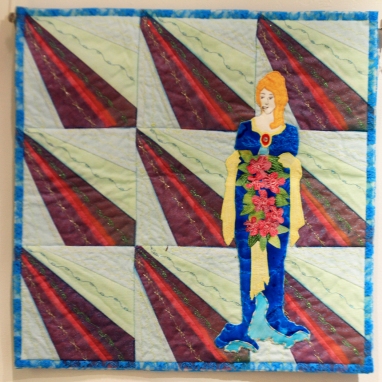